Steady winds for surfing and sailing

Lake Garda is located north of Verona in Italy. It is one of the most family-friendly lakes in the country besides being also the largest in Italy. The lake stretches from the vertical alpine foothills and all the way to the northern tip of the Po Valley. To the south, the lake is lined by beautiful beaches with beautiful hills in the backdrop, while the north section is punctuated by mountains and steep cliffs, particularly along the western shore. The landscape around Lake Garda gives it a wide range of thrilling activities for sports-loving tourists including steady winds for surfing and sailing, and hills for mount climbing, mount biking, and rappelling; all with a great view of the lake. You may need at least a week

Additionally, the location of the lake gives it a pleasant temperature all-year-round. Also in the surrounding are beautiful lemons and olives farms as well as numerous well-fortified castles, sites from World War II, and Roman remains in addition to a number of towns with lakeside esplanades and cafes enclosing postcard marinas. Lake Garda is one of those places where there is something for everyone. You may need at least a week to be able to experience everything that this place offers.

In this article today, we are going to provide you with a list of things to do and what to see in Lake Garda, to help you plan your visit properly. Places to see in Lake Garda

Northern Lake Garda has many fascinating things to see including:

As you may know by now, Lake Garda is large enough that the north and south are two different places. The northern part is a bit wilder than the southern parts, and is famous among backpackers and adrenaline junkies, with endless activities including parasailing, windsurfing, rock-climbing, and many more.
Riva del Garda is the most popular and largest town in the northern Lake Garda, and also famous for GardaTrek, which comprise of three loops of varying length between mountains and the lake. The town is also close to thrilling mountain bike trails with varying lengths and easiness; and cool places for lake diving.

The center of this town is packed with sights and attractions to enjoy even on a rainy day, such as Torre Apponale and Museo Alto Garda. If you want to spend the night at Riva del Garda, you can do so at Hotel Luise, which is a gorgeous four-star lakefront accommodation with travel-themed rooms. Torbole Sul Garda is a great option for visitors seeking to stay in the northern parts of Lake Garda and enjoy an adventure-filled vacation. It is a location known for scenic hike trails such as Valletta Santa Lucia. The legend has it that it was through this path that the Venetians fleet crossed while carrying their ships from the Adige Rive back in 1439.
Another scenic hike is the Sentiero Busatte-Tempesta.
The 5 kilometers trail connects two hamlets suspended between the lake and the mountain, crossing the jagged section through metal stairs and bolted walkways.
Torbole is also a perfect place for windsurfing and sailing and is linked to Riva del Garda by a cycle path.
There are a number of decent accommodation facilities in Torbole Sul Garda, including Aktivhotel Santalucia. This small town is located rather further inland from the lake along the Sarca River. Nevertheless, it is pretty close to Torbole and Riva that is widely referred to as a Lake Garda town. Arco is a beautiful town that any adventure-seeker should visit, especially for history buffs. The center of the city features a castle overlooking the Alto Garda gorge. If you are staying in Torbole or Riva, you can easily reach Arco via the Sarca cycle path, which also leads up the village of Sarche and Dro, framed by beautiful alpine scenery. The main reason to visit Arco is, however, rock climbing. You will find hundreds of rock climbing routes scattered between various crags. You can stay at ParkHoetl il Vigneto if you want to spend the night in Arco.

Malcesine takes the crowns of the most beautiful of all the towns around Lake Garda, and for that only, it is worth visiting. But if you are looking for another reason to visit – cable car – which will take you all the way to the summit of Monte Altissimo, which overlooks Lake Garda. The top of this mountain is 1500 meters high, which means the weather over there is different.

The main town of Garda is located on the eastern shores of the lake. The town is located only 30 kilometers south of Malcesine through the scenic Gardesana Orientale, the highway that connects all villages and towns in the region.
You can stay at the Sky Pool Hotel Sole Garda which features an infinity pool and vistas terrace.

If you are not into vigorous adventures, but instead you just want a laidback vacation, then visit Sirmione. Set on an isthmus protruding into the lake, Sirmione was a beloved destination for poets and writers including Tennyson, Joyce, and Catullus. What to see here includes the Catullus family villa, which now is engulfed by the woods.

Salo is the second largest town on the Lombardia shores of Lake Garda. It is known for housing the head office of the Repubblica Sociale, the fascist government seat at the end of WWII.
Grand Hotel Gardone is the best hotel in Salo.

Gargnano is one of the most beautiful towns along the Lombardia coastline of Lake Garda. It features a picturesque curved promenade as well as numerous sites and things to do.
You can visit Villa Feltrinelli, a lakeside residence of Mussolini, which now is turned into a plush hotel; sail in the lake water; or hike the surrounding mountains.

Peschiera is the largest town in the southern region of Lake Garda, and a transport center courtesy of the railway network and motorway. The town stretches to the coast of Lake Garda on one side and the other to the River Mincio, linking the lake to Po River in the south. The center of Peschiera is framed with pentagonal walls of the Fortress.
Besides the fortress, there are many sites to visit and see including beautiful Braccobaldo Bau beach, which allows visitors to come with dogs! You can also take a boat tour of other towns around Lake Garda such as Riva, Salo, Desenzano, and Lazise.
Last but not least, the famous Gardaland is just nearby. 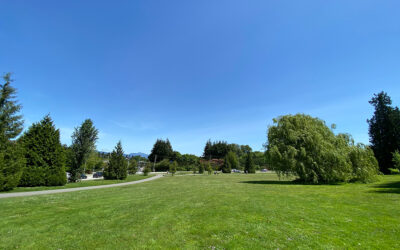 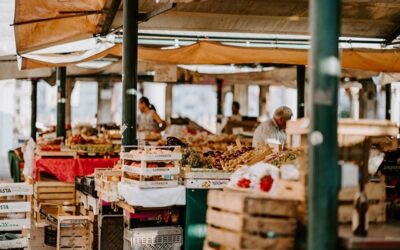